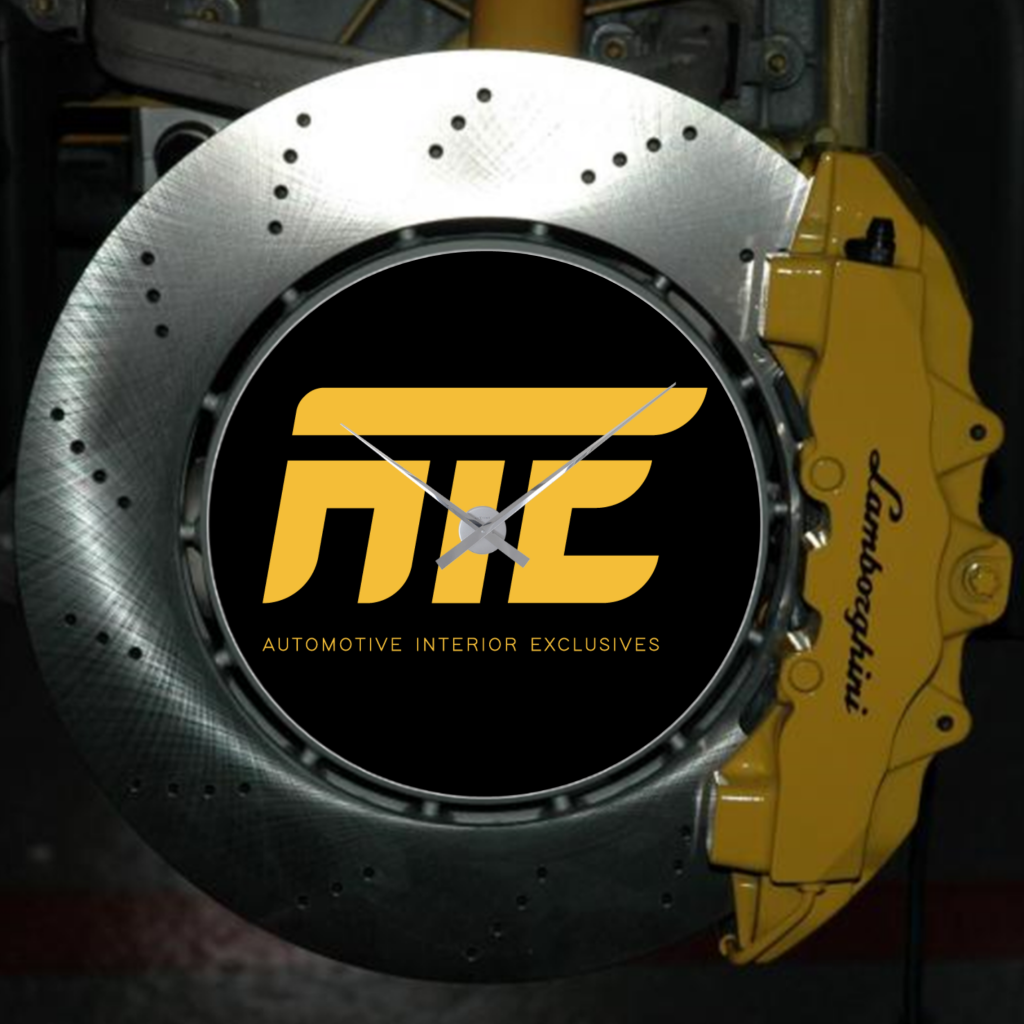 A clock with Ferocity and Passion

Lamborghini, every boy’s dream car and probably also bedroom poster. Some say every Lamborghini is a fighter jet for the road, especially the Lamborghini Reventon.  Therefore, we decided to revive this fighter jet passion in an unique Lamborghini brake disc clock!

This bright yellow clock is made from an original brake disc and brake caliper from a Lamborghini Gallardo (specific models can be requested) and is fully customizable!

Subjects open to customization are:

The story behind the clock

This incredible machine, the Lamborghini Gallardo, suffered a heavy impact on the front side. Making it impossible to restore and its owner in tears. This fighting bull had lost it’s fighting capabilities. Luckily, we managed to save some parts of this beautiful car, however we wanted to give this bull back its fighting spirit. Of which a brake disc and caliper to build this unique Lamborghini  brake disc clock. For you, an opportunity to enjoy a piece of art in your interior!

The Gallardo was the start of Lamborghini’s road back to the top of the supercar kingdom. It was the smaller brother to the Murciélago and a rival for the Ferrari F430 and the Porsche 911. As a result of its succes over eleven different versions were introduced from 2008 up til 2013, with the most special version the Balboni, named after Valentino Balboni who was a Lamborghini test drive for over 40 years.