Proudly we present our Mercedes-Benz AMG brake disc clock. We built this specific clock in collaboration with our friends at JD Customs . Using these two parts that were otherwise going to the scrapyard, we made this one of a kind clock.

Mercedes-Benz has dominated the sport- and luxury car segment during the past years, but also their success in Formula 1  and motorpsorts have been unmatched. This clock is made with mix-match of parts from different AMG models. The brake disc once belonged to a C63S and the caliper was taken from an A45 model. Together they make a brilliant ocmbination and a beautiful clock. This design was custom-made for JD Customs, however if you prefer a different design it is fully customisable. Or look at our other designs.

So, how did this clock end up with two different parent cars? Well it started with a C63 AMG which had to get new brake discs and therefore the old ones had no further use. And the yellow caliper was taken from an A45 AMG which had an accident. Coincidentally these two parts fitted perfectly, which made building the clock an easier process.

This is an AMG clock, but do you know what AMG is or what it stands for? Well, here is a quick guide to the history of AMG. The sotry begins in the 60’s, the two German engineers Hand Werner Aufracht and Erhard Melcher were working on a Mercedes-Benz 300SE racing engine at the Daimler-Benz development institute. However after a few years Daimler-Benz decided to plug and left Hans Werner and Erhard unemployed. During their off-time the two continued working on racing engines and were eventually re-emplyed and worked on engines for the DTM and their engine turned out to be very succesful. Despite the succes Aufrecht wanted more and convinced Melcher to start a company together: Aufrecht Melcher GroBaspachingenieurenbüro, later known as AMG.

They continued working on racing engines, developping their own engine block and selling it to Mercedes-Benz, putting it in an E-class which got the nickname ‘The Hammer’. Aufrecht and Melcher were very succesful in the racing industry, but their goal was to improve road cars performance so that everyone could enjoy a ludicrously fast car. Aufrecht and Melcher continued working together with Mercedes-Benz and now also for their road cars which led to the first model; C63 AMG. This marked a special era of success for AMG and thanks to this success it was during this era that DaimlerChrysler bought a 100% of AMG’s shares, making it an official Mercedes-Benz brand.

And as you know the AMG brand is still growing today. With new road cars entering the market and the Mercedes-Benz AMG F1 team dominating the last six years of Formula 1. We hope to see even more mad family saloon car in the future of this special brand. 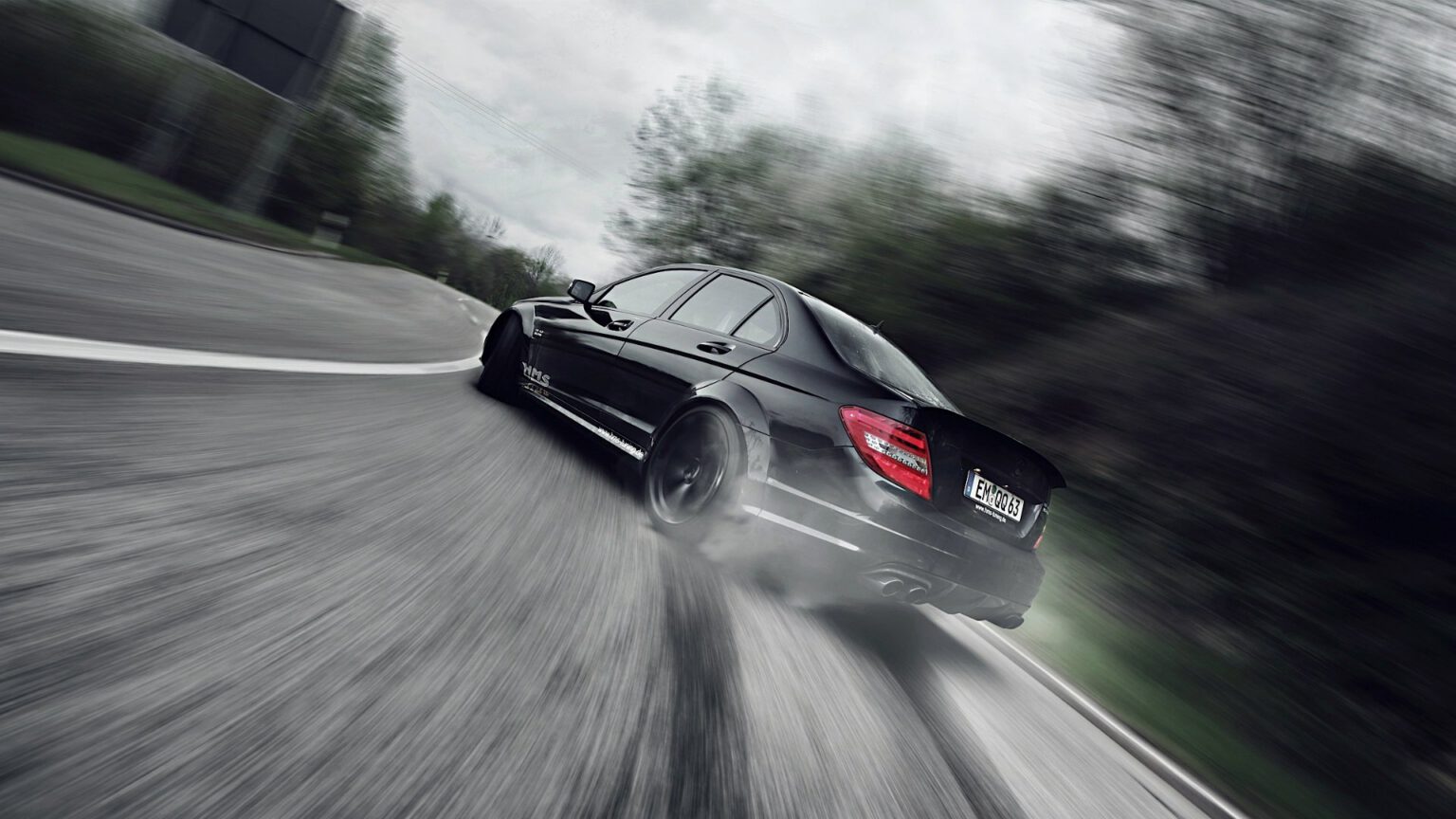