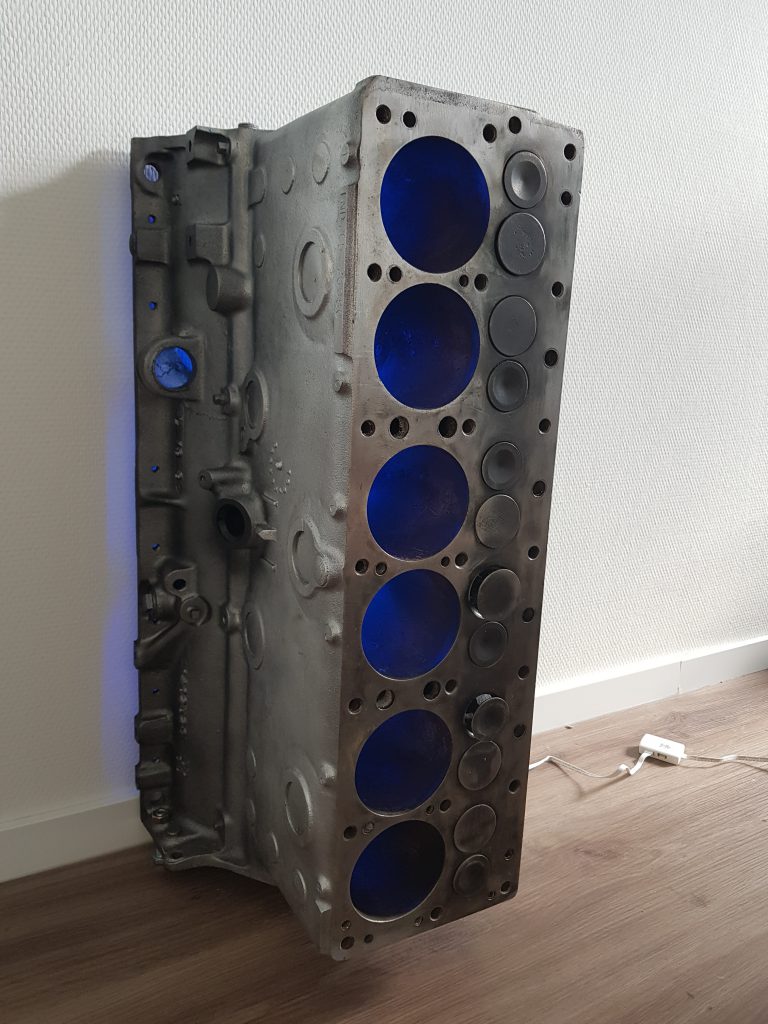 80 Years of history and beauty. This 1939 Plymouth wine rack was build with the engine block from a P8 Business Coupe. It has an industrial finish to match its natural habitat in 1939. The added RGB LED lights give it the extra finishing touch to catch even more eyes. This wine rack is perfect for a home office, living room or mancave. It stores up to six bottles of the finest beverages and a glass top could be added to put your drinks on.

This stunning wine rack is now available and fully customizable to fit perfectly in your interior.

The Story of the Plymouth P8

The Plymouth was founded back in 1925 by the American sister company Chrysler. Plymouth had the purpose of being a affordable versoin of the main manifacturer Chrysler. By doing this Chrysler wanted to start a price war with its rivals Ford and GMC’s Chevrolet. However, Plymouth was often still third in the sales figuren. This was because Plymouth still positioned their cars a little above rivals prices, but then Plymouths cars would be better built and equipped. For example they were one of the first to introduce a hydraulic braking system.

The Plymouth P8 Business Coupe was designed with the American businessman in mind, who despite the Great Depression, still had a profitable job or business. That is also why the P8 got the nickname ‘a Business Man’s Coupe.’ A usefull feature was that the P8 did not have back seats, but instead a large boot/trunk.

This is the car that the straight-six engine belonged to, a beauty from the US of A. Sadly the specific car which this engine belonged to was damaged beyond repair and its owner did not have the financial goods to restore his car. Eventually the P8 was sold and taken apart, that is when we managed to get hold of this piece of history and convert it into an amazing wine rack. 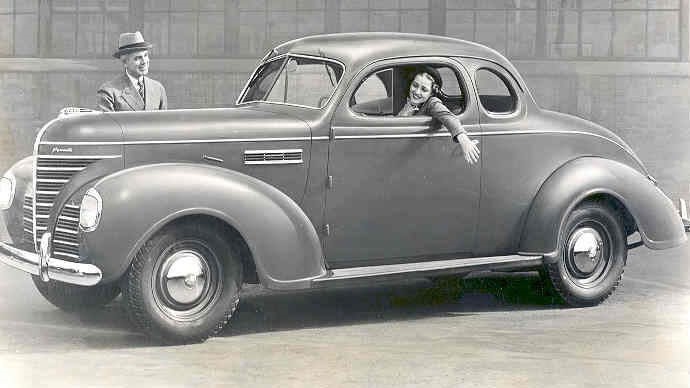